Alessandro began working with video as camera assistant and editor for TV during his time at university. After graduate with honors in oriental languages and civilizations, he moved to Japan and China for about 3 years where he works as a photographer and journalist for several newspapers and web. In 2011 he returned to Italy, and after earning a master’s degree as a “senior technician in Communication and Multimedia” and a diploma in photography at the School “Ettore Rolli” of Rome began working for a production of documentaries called “Suttvuess”. With them he participated as a cameraman, producer, steadycam operator, and editor of many documentaries (“authorial” and for television), and reportages for major Italian and international broadcasters such as RAI News 24, PBS, Al Jazeera, BBC, CCTV, Rai History, etc. Artè. Etc. During this time he gained technical experience in the field, building a network of knowledge into the documentary.

With “Nacne” production (born from the former “Suttvuess”) scores two documentaries as a writer and director, also taking care of the photograph. The second, Blank Lands, co-produced with AVROTROS (Netherlands), ICTV Solferino (France), Heilongjiang TV (China) also gets the MEDIA, the call for European funding for film and audiovisual. The film is still in the process of distribution.

In 2016 works as D.O.P. of “Looking for Monica,” a documentary by director Aureliano Amadei (Motoproduzioni) co-produced with China. With Aureliano he had previously worked for “Il leone di Orvieto”, in competition at the Rome Film Festival.

In the area of the festivals he participated for two years to the organization of the Eastern cinema festival of Rome called “Asiatica Film Mediale”, dedicating himself also to the project “crossing cultures”, in which the most important Asian filmmakers interact with some famous Italian artists creating works of “video art”.

From 2013 he collaborates as a director and cameraman for commercials, television programs and video reports for many video productions as Kmotion, Necos, Atelogo, Armosia etc.

In photography he specializes in reportage collaborating for years with some newspapers and magazines in Italy and abroad, and with different NGOs. He often works as a photographer also for cultural heritage, photographing exhibitions, galleries, museums and art works for catalogs and archaeological documentation.

For about two years, always for cultural heritage, took part in the video documentation for the restoration of the Domus Tiberiana in Palatine, the Cestia Pyramid, the Caravaggio of St. Louis of the French and of the Temple of Janus.

Finally for 4 years he deals with cross-media, web documentary and immersive virtual tour for cultural and private goods, from capture to the construction of the story telling, often following independently the whole process. The past two years he devoted himself to the 360 degree video and the use of viewers as oculus and cardboard. With these new technologies he documented various exhibitions and heritage of cultural heritage in Italy and abroad, and in collaboration with Modus of the architect Paolo Edmondo Rolli participates in the creation of “Italyart” platform.

Recently with Kmotion works as a director and art-director to the realization of the official video of the world food day for the FAO and to a short animation for the “fisheries” department of fao. In the last november he moved to forlì as D.O.P. for a docufiction RAI about a famous doctor from the 1700 called “Morgagni”. 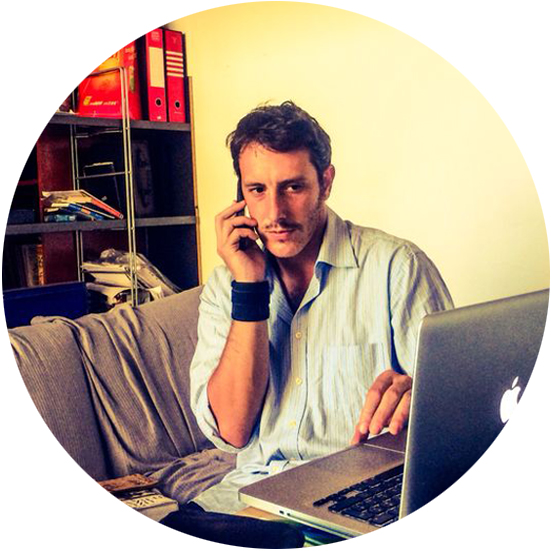